Our Member Profile this month comes from Ben Bullen Adventures who have been with the Mutual for six years and who have given us some insight in to how they are adapting and helping others in their community since the outbreak of COVID 19.

What do you/your organisation do? 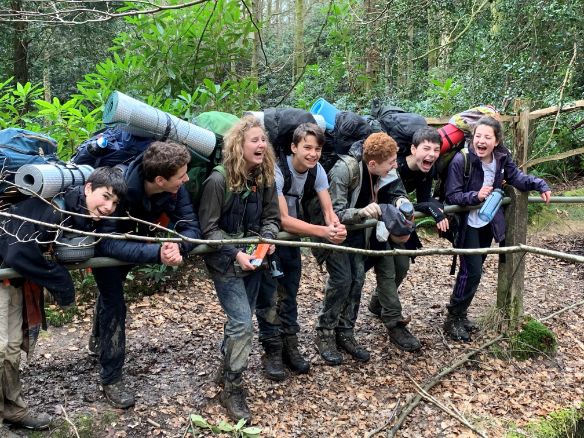 Ben Bullen Adventures predominantly run DofE expeditions at Bronze, Silver and Gold level.  In 2012 I set it up with my wife, Angela, and ran 16 expeditions.  Last year that number had risen to 123.   We work with all types of schools and our group sizes range from 4 to 160.   We are mainly running, walking expeditions but we have Bell Boats which are often used by SEN groups and as an alternative to walking for our Gold groups.  We’re based in Sidcup on the London/Kent borders and work with schools from Dover in the East to Slough in the west.

We also run bushcraft survival parties on a local farm where the kids build shelters, light fires and of course cook marshmallows over the fire.

How long have you been an AIM Member?

What’s the best part of your job? 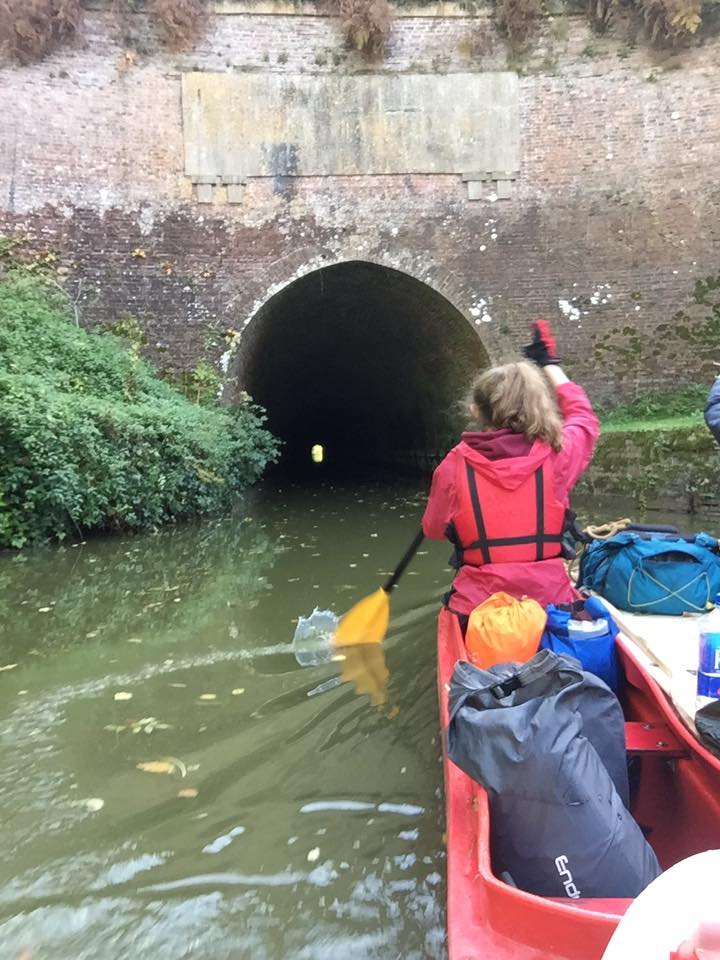 Obviously I enjoy working with young people.   I come from a youth work background which meant getting to know the young people I worked with.  That doesn’t usually happen with most of the young people we work with so I prefer the smaller groups when I can get to know the individuals.  I also like seeing some of them come through all three levels of the award.

I also like building relationships with the teachers – a lot have become good friends and a true sign of this is the number who have been in touch during the coronavirus outbreak just to check we’re OK.

What issues do you think the industry faces this year?

Coronavirus has had a huge impact on the whole economy including and maybe especially the outward bound industry.  For my part of that industry, running DofE expeditions, thankfully we don’t have a huge centre which we need to upkeep and pay for.  But we did lay out a lot of money at the beginning of this year on new equipment, new storage and a new trailer which was needed to transport all the equipment.   We’re not getting that money back at the moment.

As a business which works with schools and employs freelancers we have quite a few issues facing us in 2020.  Firstly, obviously, the schools aren’t going to be running the expeditions in the foreseeable future.   The problem at the moment is there’s no certainty about when the schools will be back.   I’m hoping that three months of lockdown will take us to mid June and we can then fulfil our July commitments.  But no-one is sure of this and I’ve had quite a few schools say they’re cancelling all school trips for this academic year.  So this means we’ve got to try and fit all those expeditions into the autumn term.  Some schools have agreed to go on expedition in November but this adds a cost as we’ll use indoor accommodation.

Some schools will ask to double their numbers next year and we need to be flexible for this but I can’t do that with every school and it involves a huge outlay on extra kit.

Some schools have chatted about going to the new DofE way of doing the expeditions at Bronze level – not doing a practice expedition and going straight to qualifier.  For a whole host of reasons I don’t like this way of doing the bronze expedition programme but I think for this year we’ll need to be flexible to get the young people through their Bronze award.

But a large problem is to do with freelancer work.  Firstly, I know a lot of the people who work for us have been really struggling due to the huge reduction in income and although the government has promised help, they aren’t getting it until June.  One person already has taken up full time employment and others are not sure about their future in the freelance world.   Secondly, if all the Approved Activity Providers who run DofE expeditions are trying to fit their schools into the autumn term, then I’m going to be fighting to get staff to cover the expeditions.  And I don’t foresee the schools offering mid week expeditions to help us as their priority will be on the academic side of things.

Ultimately we’re all going to see a reduction in income this year.   Hopefully we can get through it and make more money next year as we work with those who have missed out on expeditions this year.  But that depends on people still being in the industry when those young people are wanting their expedition.  And it means we’ve got to be flexible in the way we run things.  But thankfully we’re an industry full of flexible people as can be seen at the moment.  Look at all those freelancers who are now working as delivery drivers or farm hands or in the supermarkets.  They’re using their skills in new ways to see them through these hard times.

What benefits have you gained from being an AIM Member?

I’ve found the AIM conferences to be hugely helpful and would encourage every member to go along to them.  Particularly interesting is the session on case studies where they look at the outcome of claims over the previous year and we can look at lessons to be learnt.  They’re also good for networking and learning about other businesses in the outward bounds industry.

Aim have also been helpful with advice.  We had an incident a couple of years ago where a student took ill on expedition and died a few days later from an underlying health condition (nothing to do with the expedition).   It was a horrible period but AIM were excellent in their advice and support.

People often ask me for advice on insurance.  My standard answer is that there may be cheaper insurance companies out there but I trust that AIM will have my back in the event of needing them!

What exciting projects do you have lined up for the future?

My daughter started volunteering at the local foodbank for her gold.  As a result of my wife chatting to the foodbank manager our stores are being used by them to store excess food (companies like Morrisons are being super generous at the moment) and our trailer is being used to collect donations.   But it’s not how I planned to see our new resources being used!  It’s been really interesting getting involved with the local foodbank and I hope we can continue to support them even once we’re back to normal working life.  We have storage and transport resources which are often not used during the week and for a number of months through the year.  It would be great to see these used to help others.

I enjoy running the Bell Boating as I love being on the water.  But I also love the walking side of things (but as I get older I prefer it in fine weather!!!).

What activity do you want to try?

Personally I tried skiing for the first time in January.  It was so much fun!!  So I’d like to do some more of that.  In a previous job I used to run mountain biking sessions.   I’d love to do this more with young people but the upkeep on a fleet of bikes used to be a nightmare so I won’t be bringing that into Ben Bullen Adventures!