It is now 10 years since the Activities Industry Mutual (AIM) first opened its doors for
business as a specialist provider of liability cover for the outdoor activity sector. It has grown from small beginnings to become one of the market leading providers in the sector with over 750 clients (or members) and an annual income in excess of £2.3M. Owned by its Members, it provides cover for both organisations and individuals providing activities, ranging from water sports and cycling to climbing and coasteering.

How It All Began

James Willis initially became involved with the outdoor activity sector as an insurance broker in 2004. Tasked with finding insurance for a residential activities operator that had been refused renewal terms by their regular insurance company and offered no alternative by their broker, James was surprised by the difficulties he faced in finding cover for them, due mainly to the fallout from an economic downturn and a world-wide insurance squeeze. The outdoors was being penalised by insurers for being, in their eyes, a “non-mainstream” economic activity and on the basis of perceived risk rather than actual risk.

“This is very common in the insurance industry at the end of a negative economic cycle. Insurers who, following worldwide losses, were under-capitalised in 2002-3, focussed on their “core business and moved to abandon their more specialist sectors such as the outdoor activity industry.”

So what was the real sector risk? Marcus Bailie of the Adventure Activities Licensing Authority (AALA) said that while he had a record of fatal accidents, he didn’t have more wide-ranging accident statistics. He would be prepared to assist in promoting an initiative to get more information: so arose an industry-wide risk assessment survey of over 800 AALA licensed providers. Over 400 responses provided evidence showing a relatively low level of overall accidents and claims, which indicated that the sector was a long way from the “perceived high risk view” held by insurers.

The survey result suggested that adventure activities was a potentially sustainable and profitable sector
for insurers and it formed the basis of a report that James presented to a number of London market liability underwriters, including a mutuality specialist, Paul Koronka. Mutuals have an impressive record of bringing value and stability to specialist and difficult insurance market sectors and it was considered that mutuality could provide the most appropriate solution for the outdoor sector. The AIM Project had the green light.

Later that year James presented both the survey findings and the AIM initiative at both the IOL and BAPA annual conferences and his talks sparked an interest in a number of providers, none more so than AIM’s current Chairman, Andrew Gardiner, at the BAPA conference. Andrew remembered being so inspired that he attended the talk twice in the same day:
“Being responsible for a number of centres, and therefore carrying personal and corporate risk for a variety of outdoor activities I was always interested in insurance. But I had never really understood precisely how liability insurance cover was provided by the numerous layers of insurance providers. I didn’t actually know who was standing behind our business and even less was I convinced that they understood the risks and realities of the outdoor sector! So what James proposed was just what I wanted to hear. He explained how we, as an industry,
could work towards forming a mutual which would provide the cover we needed and at premiums which would reflect more accurately the risks attaching. ”

A steering committee was formed and included Andrew and other interested operators, including current
AIM directors, Bob Edwards of Stubbers Adventure Centre and Tricia Rawlingson-Plant of the Mill On The Brue Activity Centre. Chris Bayliss, finance director of The Field Studies Council also made a very valuable contribution in the early years. The steering group evolved to become the Activities Industry Mutual board, and member enthusiasm and support enabled “critical mass” to be achieved and the AIM scheme became a mutual in 2007, with Andrew Gardiner becoming Chairman, a role he is still enjoying 10 years on:

“The growth of AIM has exceeded my expectations, indeed, I think it has surprised everyone. Working with my fellow board members and the team of very able executives has been very rewarding. We have replaced, for most members, the previous roller-coaster experience of insuring with unknown organisations often for the short term, and with consistent cover. Mutuality has proven to be ideal for the outdoor sector and has resulted in stable costs and cover backed by people and organisations who know the sector and their members’ businesses” 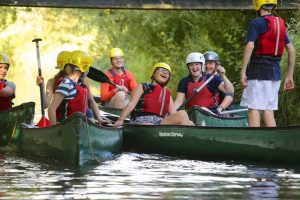 It was probably not coincidental that once the survey results and the mutual initiative became known, there was a sudden new interest in the sector. Commercial insurers that had previously abandoned it or imposed punitive premium increases, showed interest again, but a mutual is different from a conventional commercial insurer, and AIM has usually been able to offer providers better cover for less. As a company whose members pool risks of a similar nature to achieve long term and stable insurance protection at cost, the key distinguishing feature is the alignment of its interests with those of its members. Surpluses (i.e. profits) are utilised for the benefit of its members, either as increased retained reserves or distributions returned back to members, and the mutual has no outside shareholders requiring dividends, nor does it pay commissions to third party brokers or “business introducers”.

The Changing Face of the Outdoors

The last 10 years has seen a period of structural change for the outdoor sector and the role of AIM has evolved within this changing environment. James has witnessed significant changes in both the scope of providers and their approach to safety management:
“Following government cuts, the last decade has been marked by a decline in local authority outdoor education provision, but it has been encouraging to see the emergence of new independent operators, many of whom have taken on former local education authority centres. There is now a wider range of organisations within the outdoors arena, ranging from large and small commercial operators to “not for profit” charitable trusts and community interest companies (CICs).”

AIM has also seen a number of new areas of development beyond traditional outdoor centres. There has been a growth in indoor climbing all over the UK, a growth in non-residential provision and a growth in members providing newer outdoor activities such as canyoning, coasteering and downhill mountain biking. 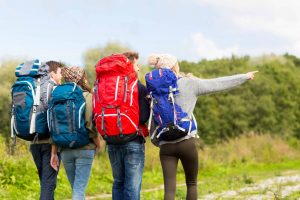 Schools have become increasingly risk averse during this period but Andrew feels that AIM has helped operators face these challenges by supporting a professional approach to safety management amongst its members:
“By being part of the AIM community our members have access to best practice in risk management. AIM actively supports training programmes and industry-wide developments that enhance standards of professional practice.”

James feels that over the period the industry has continued to develop in its approach to risk and safety management.
“There has been an increasing recognition by operators that the risk assessment process is far more than a paper exercise; it is all about developing a culture of safety throughout an organisation. Despite legal reforms and a desire for change, the volume of unmeritorious personal injury claims continues, as does AIM’s pledge to work with members to evidence a strong defence.”

Membership of AIM isn’t just about “getting a quote”:

“We have always been selective in terms of the members that we accept, as the quality of delivery has a direct effect on both the volume of claims and our ability to deal with them and, of course, the mutual’s surpluses available to members. Independent inspection frameworks help enormously and are an important tool in making these decisions.”

James has also experienced something of a personal journey through his involvement with the sector over
the past 10 years:
“I have really enjoyed getting to know people within the sector, both board members and operator
members, and really do recognise the importance to society in introducing and enthusing young people in managing risks and responsibilities in the outdoors environment; and also the unique opportunities it
can bring to young people.”

Andrew Gardiner sees AIM providing an increasingly valued service for the industry going forward:
“Operators cannot provide activities without solid reliable cover in place. As a member organisation, we can act in the interests of the sector as a whole and take a long term practical view. The sharing of technical knowledge and expertise makes sense and the community approach of AIM provides a platform that makes this possible for
organisations of all sizes. We will continue to support members through our programme of seminars and conferences – something that we have been doing since we started.

In addition to this there is a more obvious financial benefit for long term members in terms of the potential for rebates. Having been established for over 10 years AIM is now able to look back at previous years and, where possible, provides a distribution of surplus on contributions paid. This is unique to a mutual and a reflection on the good safety and claims record of AIM members.”

James Willis has a clear vision for AIM as it faces the opportunities and challenges of the next 10 years:
“We expect to see growth in the outdoor sector in terms of both new members and revenue, but we recognise that there may be some volatility in levels of provision as a function of economic cycles, particularly for independent operators who rely on external funding to support their operations. AIM has, from the outset, taken a long term view and providing the outdoor sector with a stable and reliable service will remain its top priority.” 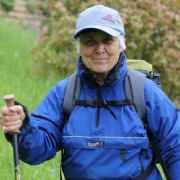 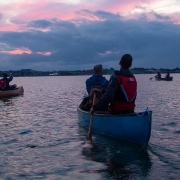 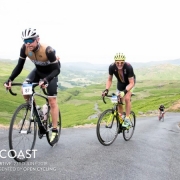 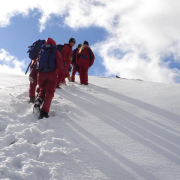 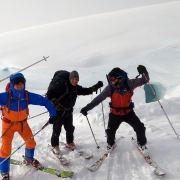 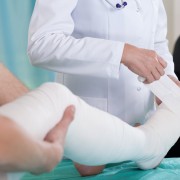 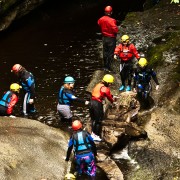 From Sparks To Inferno