The Duke of Edinburgh’s Award (DofE) is the world’s leading achievement award for young people.  Its ethos is to enable every young person of every background to take part and succeed, regardless of any barriers.

Many of our Members will be familiar with the programme, in which young people aged between 14 and 24 progress through three levels to achieve a Bronze Silver or Gold award.

It requires persistence, commitment and has a lasting impact on the attitudes and outlook of all young people who do their DofE, building confidence and self-esteem. Awards are delivered under special licence by over 400 partners, many being members of AIM, supporting nearly 11,000 DofE centres including youth clubs, voluntary organisations, schools, colleges, young offenders institutions and businesses.

As with any worthwhile award, there is no guarantee that all participants will achieve the required standard. As well as successes there will be disappointments and occasionally a disappointed parent may look for someone to blame for their child’s unexpected set-back, be it a DofE Award or an elusive A* grade. There may be an element of this in two claims for personal injury compensation arising from DofE activities.

The first claim involves a high achieving schoolgirl, Emma, participating in a Gold practice expedition managed by the school with the help of qualified instructors hired to assist in specific elements. Emma developed a strain, which may have been an exacerbation of a previous shoulder injury, from stoically carrying her rucksack through the expedition, despite suffering discomfort. Offers were made by staff to take her rucksack, which she consistently turned down, wanting to continue to the end. By the end of the expedition, the discomfort had developed into a strained shoulder which required attention and physio treatment follow up. Although she withdrew from the actual Gold award expedition, we are told that she was soon back playing netball in the school team. Her disappointed parents decided to sue both the school and the instructors, alleging that their negligence causing Emma’s injury.

The second claim involves a schoolgirl, Coral, in a group of seemingly less than enthusiastic or uncooperative participants in a Silver award expedition. In deteriorating misty and drizzly conditions, the specialist provider managing the expedition, decided to call the groups off the hillside shortly after midday. This instruction was acknowledged by Coral, who had been appointed as the nominated point of contact in her group. However, shortly after the call, Coral went “off air”; her phone had been turned off and the group was no longer in contact. An hour later, communication with the group was re established (briefly), as they had met up with another group with a working phone and once again they were instructed to come down off the hill. It soon became clear that this instruction too was not complied with and they were off air again, so the leaders set out themselves to search for the group. Later, some 45 minutes later, the leaders received a phone call from the group; they were now situated even further up the hill, cold and wet. This time they were told to put up a tent for shelter in an area that is visible to rescuers and have some hot food to keep warm. However, they decided to settle inside a wooded area out of vision and telephone Mountain Rescue. A while later they were helicoptered out, colder and wetter.

Coral’s parents blame the expedition provider and have lodged a claim for compensation alleging that a “non-freezing cold injury” to their daughter’s feet was caused by their negligence. Who actually is deemed to have been at fault for this non serious injury will be decided in court.

In both cases the injuries are minor and the claims detract from the work that the schools and instructors put in to provide the real benefits to their charges that the DofE programme offers to young people and society as a whole. Both cases have cost the schools and providers a great deal in terms of potential cost and management time and, in Emma’s case, school has decided not to manage any more DofE programmes in the future.

In the second case, a lack of commitment of some of the participants seems apparent. It’s important that the expedition programme manager, as well as constantly monitoring the commitment of participants, ensures that the parents too actually “buy in” to the programme. They can contribute by supporting their kids jointly with the teachers at school, so that all parties are committed and fully aware of the responsibilities and rewards involved in the challenge.

The names of the participants have been changed to preserve anonymity. 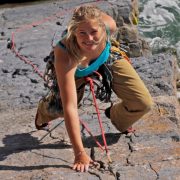 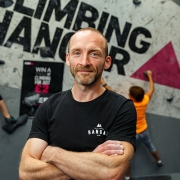 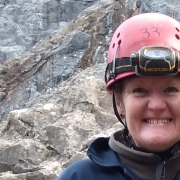 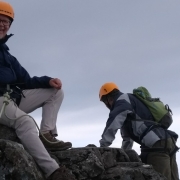 The Skye’s the limit – Climbing & Scrambling in Black Cuillin 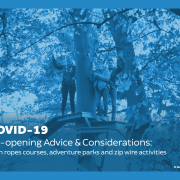 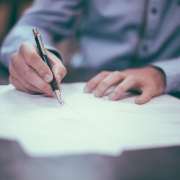 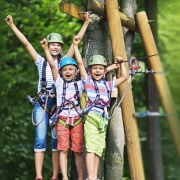